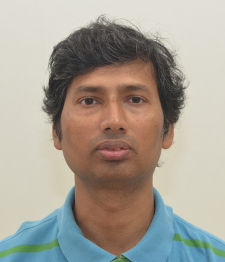 Born in Narayangonj, Bangladesh, in 1973. He received his B.Sc and M.Sc degrees from the department of Applied Chemistry and Chemical Engineering, University of Dhaka, Bangladesh in 1996 and 1998, respectively. From 1999 to 2004, he was lecturer at the Ahasanullah University of Science and Technology (AUST) and Independent University, Bangladesh (IUB). In 2004, he started his PhD as Monbukagakhusho: MEXT student and received doctoral degree in 2008 from the department of Electrical and Electronic Engineering of Kyushu Institute of Technology. He had been a postdoctoral researcher from 2008 to 2013 with the Laboratory of Spacecraft Environment Interaction Engineering (LaSEINE) of Kyushu Institute of Technology. Since December 2013, he has been promoted to Assistant Professor of LaSEINE. After forming the BIRDS project and running successfully, from April 1, 2016, he has been hired by University of Texas at El Paso (UTEP) as Assistant professor to develop a small satellite facilities, similar to Kyutech, funded by NASA. Although Dr. Khan (arkhan@utep.edu) is physically no more with the BIRDS project, he is always with us as a starting member. His research interests are ESD on solar cells, material degradation in space environments, plasma interactions, charge transportation, EMC, ground testing of small satellite, and development of novel space grade materials.